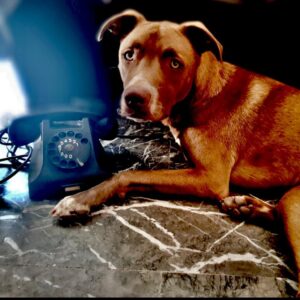 In the 1820s, when an official police force was first established in London by Robert Peel (Bobby is short for Robert – hence policemen became known as bobbies, as in the phrase “a bobby on the beat”), a secret localised collection of phrases was developed by London’s East Enders, where crime and mischief were rife. The word Cockney to mean an East Ender (officially born within the sound of the bells of the Church of St Mary Le Bow in Cheapside) is derived from a 14th-century word, “cockney”, which literally meant “a cock’s egg” – that is, a rooster’s egg. The term came to symbolise a deficient or weak person (how many male chickens do YOU know that can lay an egg?) and morphed into the term Cockney. Today, the term is loosely used, especially by northerners, to refer to a Londoner in general.

A Cockney accent was once a particularly strong East London pronunciation, with a lot of dropped Hs, and missed aspirations and final Ts (think of the 1968 film Oliver Twist). There is evidence that some Americans still think a typical Londoner speaks like Jack Wild’s Dodger in that musical movie. But over the years, with the influx of many different nationalities and social groups making their home in London, this very particular accent has largely disappeared as communities have moved away, and it has dissolved into a mix of estuary English with an Essex twang. Language, as always, evolves and changes according to social movement and many other factors, and more recently is shaped by other powerful influences like the media (radio, TV and cinema etc).

East Enders created their own type of working-class coded dialect known as Cockney rhyming slang, where the second word in a phrase (made up of two words) would rhyme with the real intended word. In the main, this sort of linguistic trick was employed by people to confuse the police and to protect mischief-makers in their own communities. A huge list of slang phrases grew over a century or more, as evidenced by the phrase “dog and bone” (where the second word, “bone”, meant “phone”):
“He can’t come to the door at the moment. He’s on the dog and bone.”

When a slang phrase had become well established, it was sometimes the case that the second word would be omitted. “I’ve got no bread,” meaning “I have no money” is a classic example of a clipped phrase, where the original “bread and honey” (money) was shortened to simply “bread”. Maybe that’s where the word “dough” originates, as in “I’ve got no dough” (I have no money).

Today, much of the Cockney rhyming slang lexicon has been consigned to history. But it is not uncommon to still hear the occasional example in some areas, where it has been handed down through the generations where tightly-knit families have remained in certain parts of East London.

Some of our friends from overseas who are English language students may well be inadvertently aware of some of these rhymes. How about “See you alligator”? Alligator rhymes with “later”. So the meaning is “See you later”, although it is more common to use the inaccurate phrase “See you later, alligator!”.

Here are some other examples of Cockney rhyming slang which you may just occasionally still hear in today’s vernacular:

– “Take a butcher’s at this article.”

– “You left the oven on, you great lump!

A: “How much do you want for that telly?”

“The boys scarpered when I saw them writing graffiti on my wall.”

NB Scapa Flow is an area of water off northern Scotland. At the end of World War One, the Armistice agreement ordered that Germany had to surrender most of its fleet. A total of 74 ships of the German High Seas Fleet arrived in Scapa Flow and were sunk.

– “That little toe rag has stolen my car tyres again!”

– “What a lovely pair of pins!

– “Why did I ever let you organise this wedding? It’s all gone Pete Tong.”

The phrase was allegedly first coined by the DJ Paul Oakenfold in late 1987 in an article about acid house music.

Let’s see if you can guess what the following rhyming slang phrases mean:

– I don’t Adam and Eve it!
– Get up the apples and pears now and go to your room!
– He’s refusing to answer any questions, sarge. He hasn’t said a dickie bird since he’s been here.
– I haven’t seen my cousin in donkey’s.
– Hello, my old china!